Three model-esque girls in high heels and short skirts strut towards a male scientist in a lab coat. Looking up from his microscope, his chiselled jaw drops as the girls strike a pose in front of him. Rather than the opening of a blue movie, this is the beginning of a horribly misguided advert aiming to tempt girls to pursue science. It gets worse. Shots of bubbling liquid in beakers are cut with make up brushes and nail varnishes. ‘Come on girls!’ the ad cajoules us ‘You CAN do science! Look, it’s a bit like make up!’ This patronizing piece of sexism was taken down within 12 hours of the campaign launch, although naturally it lives on through the power of Youtube. But why didn’t the campaign leaders think to use some of the amazing women working in science today? Jane Goodall, chimpanzee whisperer, for example, or the less well known but equally cool Christiane Nüsslein-Volhard whose studies of fruit flies with genetic mutations provided huge insights into how an embryo develops, and won her a Nobel prize in 1995.

Paving the way for modern day female scientists are, of course, female scientists of days gone by.  If women are underrepresented in STEM (science, technology engineering and maths) subjects today, it’s nothing compared to the raw deal they have previously been allotted. Try, if you can, to name five famous male scientists of the past. It’s easy, right? The first in my mind were Albert Einstein, Alfred Nobel, Charles Darwin, Gregor Mendel (he’s a genetics guy, maybe we’ll talk about him another day) and Isaac Newton.  Now, try and name five historic female scientists.  Can you do it?  Before I started thinking about this article, I couldn’t. Of course, everyone’s heard of Marie Curie, discoverer of radium. When I thought really hard I also dredged up from some backwater of my mind the name of Ada Lovelace, the world’s first computer programmer. I knew there was a woman who was involved in the discovery of DNA, but couldn’t bring her name to mind. Horrifically, I came to a grinding halt.

Disgusted with myself, I turned to the internet for salvation. And of course, there have been LOADS of amazing female scientists. When I run a campaign to try and lure women into science, I’ll be using these women as my figureheads. Here, in no particular order, are just three of my favourite, awe-inspiring scientists who also happen to be female. 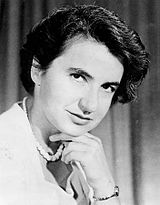 Until recently known in my head as ‘that wronged DNA woman’, Rosalind Franklin provided data without which Francis Crick and James Watson may never have made the most important scientific breakthrough of the 20th century: the discovery of the double-helix structure of DNA.

Franklin fought against her father, who did not believe in higher education for women, to be allowed to study at Cambridge University. This was followed up with a PhD, also at Cambridge, during which time Franklin became an expert in X-ray crystallography, a technique which allowed her to study molecules in crystal form using X-rays, allowing her to determine the structure and often, therefore, the function of the molecule. She later moved to King’s College London where she put these expertise to good use, attempting to discover the structure of DNA. The race to discover this structure was hotly contested between Franklin, Crick and Watson, who were working at Cambridge university at the time, and another researcher in Franklin’s department, Maurice Wilkins, who was apparently put out by being made to work alongside a woman. On a visit to the department in King’s in 1953, James Watson is documented to have had an argument with Franklin, following which he ran into Wilkins. Wilkins, unbeknownst to Franklin, showed Watson an X-ray picture she had taken of DNA. It was the final piece of the puzzle for Watson, who rushed back to Cambridge and, together with Crick, hastily put together and published a paper hypothesizing the structure of DNA. Crafty. The pair, along with Wilkins, were awarded the Nobel prize for medicine in 1962 but Franklin, who passed away due to ovarian cancer in 1958, was not eligible.

Watson continued to downplay Franklin’s role in their discovery in his memoir, ‘the double helix’, published in the 1960s, but it seems clear that Franklin was a critical, yet often overlooked, contributor in the discovery of what Francis Crick himself called ‘the secret of life’. 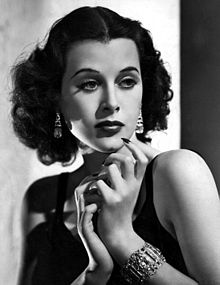 Some say you can’t have it all, but one woman who certainly proved the sceptics wrong was Hedy Lamarr. Born in 1913, Lamarr, originally named Hedwig Eva Maria Kiesler, was a screen siren of the 1930s and 40s. Often regarded as the most beautiful woman ever to grace the silver screen, she was signed to MGM and regularly shared the screen with stars such as James Stewart and Clark Gable. Nice work if you can get it.  But, far from the being stereotypical air-headed beauty, Lamarr was a crack mathematician and inventor.

While accompanying her first husband, munitions tycoon Friedrich Mandl, to business meetings, she learnt a great deal about military science and technology.  This knowledge was later put to good use when she and her friend George Anthiel mastered minded a technology which allowed manipulation radio frequencies, known as ‘frequency hopping’, enabling torpedoes to better evade detection by enemy forces. Their design was used by the US navy during the Cuban Missile Crisis. What’s more, the so-called ‘secret communications technology’ invented by Lamarr and Anthiel is an integral part of modern technologies such as Bluetooth and Wifi. The modern day version of their design, know as spread-spectrum technology, allows greater bandwidth and increased reliability and security by allowing transmission of data over multiple frequencies. And so, Hedy Lamarr proves with aplomb that beauty and brains certainly can go hand in hand. 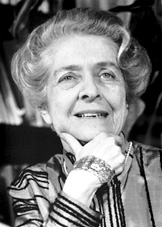 Rita Levi-Montalcini didn’t have it easy. Born in 1909 to a Jewish family in Italy, Levi-Montalcini had just completed her degree in medicine and decided to pursue a career in scientific research when she was driven underground by Mussolini, who decreed that Jews could not hold academic positions or undertake scientific research. Reluctant to let a little thing like fascist occupation stop her, she set up a lab in her bedroom and, purchasing fertilized chicken eggs from locals and using sewing needles as forceps, set about experimenting on chicken embryos. Whilst investigating how nerve growth spreads into the limbs, Levi-Montalcini discovered an important protein called nerve growth factor, which encourages nerves to grow.

After the war, Levi-Montalcini built on the work done in her bedroom laboratory, working (in a real, rather than homemade lab) with another scientist, Stanley Cohen, to attempt to better understand nerve growth factor. This body of work provided insights into how nerves grow in both normal and cancerous tissues, and they were awarded the Nobel prize for Medicine in 1986.

In addition to the obstacles placed before her by WWII, Levi-Montalcini rallied against sexist attitudes to women in sciences throughout the early part of her career, from her father, who believed that women were not cut out for academic studies, to her scientific peers, who sneered at her early work.  She even appeared to fight against death, passing away only last year at the grand old age of 103. While her scientific work was undoubtedly both important and groundbreaking, it is the endless determination to pursue science demonstrated Rita Levi-Montalcini that I think is so inspiring.

I could go on for much longer about each of these three women, or about many others about whom I have now come to read, but I don’t want to run the risk of boring everyone with endless facts. Suffice to say, I am heartily ashamed for not knowing more about these and many other amazing female scientists. The list is endless: Dorothy Hodgkin, Caroline Hershel, Rachel Carson, Barbara McClintock, Lisa Meitner….